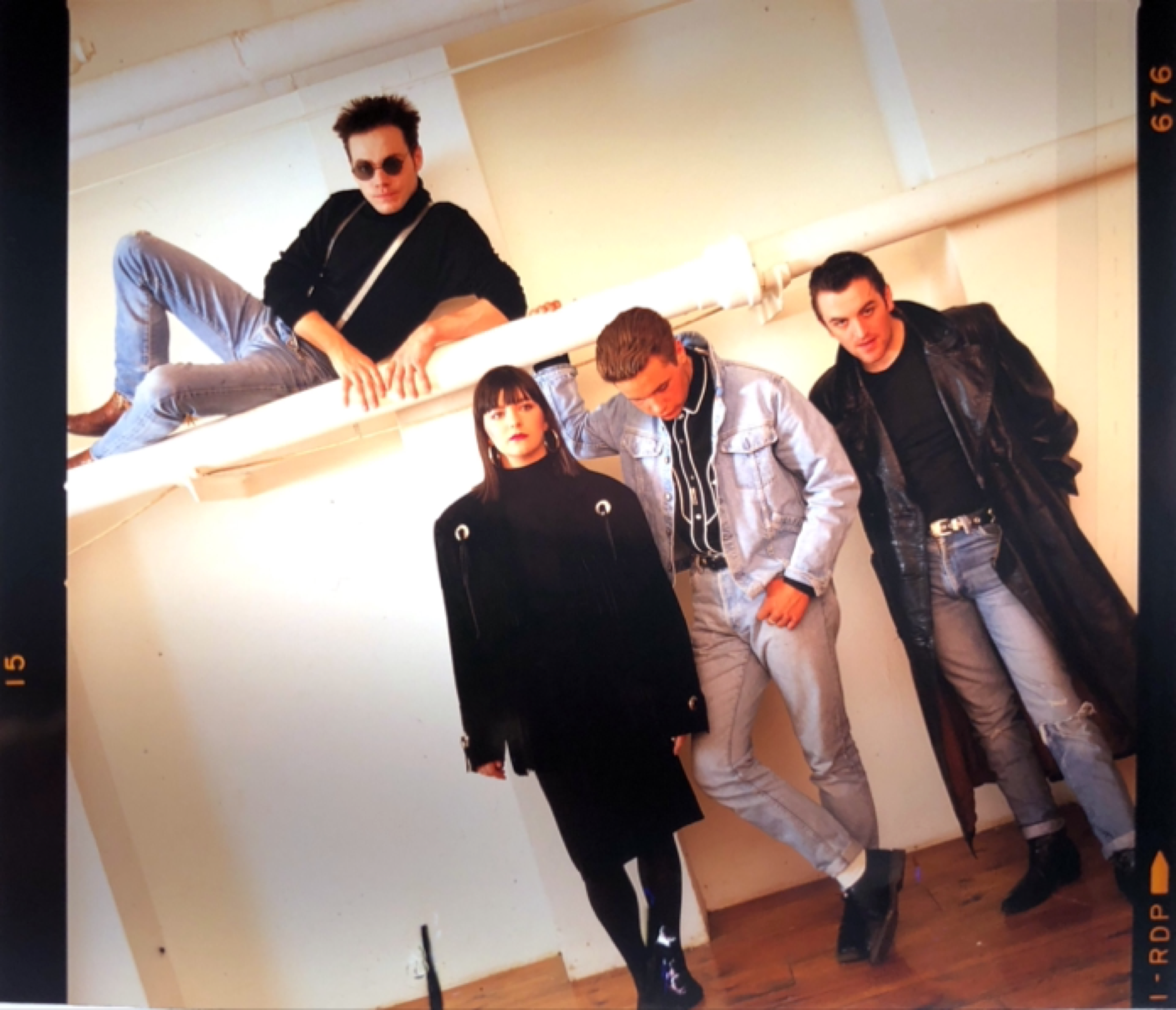 Peter Thomson passed away on 28 March 2001 when he was just forty years old, leaving behind an all-too-brief legacy of recorded music released by his band Secession during his lifetime.

Prior to being renamed Secession, the band played at least one gig as The Gift. After a performance at Buster Brown’s nightclub in Edinburgh, the band were introduced to Hamish Brown, a local entrepreneur, who offered to manage them. This was followed by the addition of a fifth member, Alistair MacLeod (percussion and vocals), a friend of the original members who had also provided the photograph for the sleeve of the band’s independently released debut single, “Betrayal”.

After being signed by Beggars Banquet, the trio re-recorded “Fire Island” at REL Studios in Edinburgh, later remixed by the production team associated with Freeez and John Rocca.

MacLeod left the band to concentrate on photography, and was replaced by Charlie D. Kelly.

Touch became a dance floor favorite in countries such as Germany and the USA and it was covered by the Epic Records artist NoHo, who enjoyed even greater success with the song, taking it into the Billboard chart.

The final incarnation of Secession, associated with almost the entire released catalogue, consisted of Thomson, Branston, Kelly, and the newest band member, J.L. Seenan on bass.

Secession went on to sign to Siren Records, then a subsidiary of Virgin Records.

Secession released five singles — Michael, Radioland, Promise, Sneakyville, and The Magician between 1986 and 1987, by which time they had delivered their debut album, A Dark Enchantment.

Though the single Michael had been picked up and placed on the A-list at Radio 1 in the UK, a difference of opinion between the band and Siren over the mixes resulted in Siren being accused by Peter Thomson of failing to manufacture enough copies of the single to satisfy demand.

Having narrowly missed out on the UK top 40 with Michael. Secession disbanded before A Dark Enchantment was released.

After Secession split, Kelly and Seenan went on to join The Vaselines with Charlie’s brother, Eugene Kelly, and Frances McKee.

A remastered version of Secession’s album, A Dark Enchantment, has been uploaded to all of our favorite streaming services and you can listen to it by following the link below.