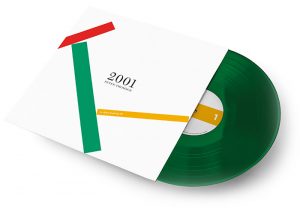 This album is split into 2 periods of Peter Thomson’s life, with Side-1 containing the original demos of the 5 songs, Sneakyville, The Magician, New Messiah, Charlie Don’t Surf, and Michael, that we had used to get the Secession album deal with Siren / Virgin Records back in 1985.

We then added the final songs that Peter wrote in 2000 and 2001 on Side-2. Those final songs are, 2001 (Instrumental), Tomorrow Belongs To Me, Finest Hour, Make You Cry, and 2001 (I’m Afraid Of Getting Old). They can definitely be interpreted as someone reaching out for help, even though they are disguised by Peter’s enigmatic style of making tortured lyrics sound very pop.

One of the songs, 2001 (I’m Afraid Of Getting Old), was nearly lost due to there being 4 other instrumental versions of that song on various cassettes and we initially presumed that it was another instrumental version until just under a minute of the music had passed, then suddenly Peter started singing on this one version. The vocals are just Peter’s guide vocals as he was working out the song, but very poignant as he eventually sings the line “I’m afraid of getting old”, and then sings a couple more lines and he abruptly stops the 4-track cassette recorder. It may actually be the last thing Peter ever recorded.